The ‘half-lap race’ starts at the top of the final bend and sees athletes run around the bend before completing the sprint down the home straight.

The race is run in lanes and requires a greater level of strength and endurance than the 100m. It also requires the technical expertise of running a bend at very close to full speed. 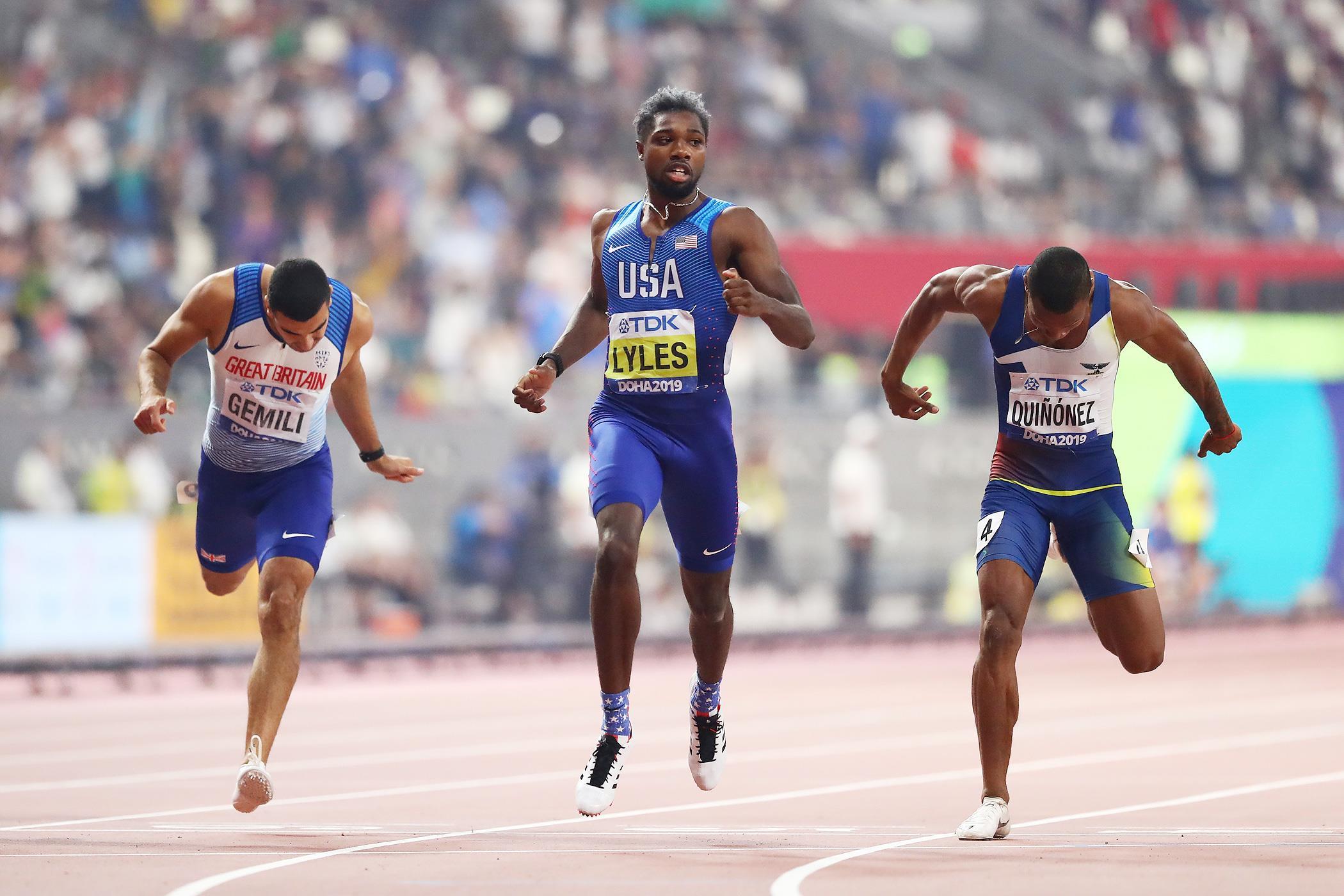 The race is run on time, with the fastest claiming first, the second-fastest being the runner up, and so on.

Athletes are deemed to have false started if their reaction time – measured by sensors in the starting pistol and on the blocks – is less than 0.1 seconds. A runner can also be disqualified if he or she steps out of the designated lane.

A slightly shorter race than the current 200m – the 192m one length of the stadium race – was part of the Ancient Olympics. The 200m (for men) was first added to the Olympic programme at the 1900 Paris Olympics and has featured at every Games since (except 1906). Women have contested the distance at every Olympics since 1948.

In Olympic history the event has served up many unforgettable races including world record performances for the likes of Jesse Owens (1936) Michael Johnson (1996) and Usain Bolt (2008). Among some of the great women’s Olympic champions are Fanny Blankers Koen (1948), Wilma Rudolph (1960), Marie-Jose Perec (1996) and Allyson Felix (2012).

The medal ceremony following the men’s 200m final at the 1968 Mexico City Games served up one of the most iconic moments in Olympic history when the gold and bronze medallists from the USA – Tommie Smith and John Carlos – made the Black Power salute, an action later described by Smith as a human rights gesture.