In the lead-up to World Refugee Day on 20 June, members of the Refugee Olympic Team will be sharing their stories in a series of features as they prepare for the Games in Tokyo. The series continues with marathon runner Tachlowini Gabriyesos.

Tachlowini Gabriyesos, newly – very newly – selected for the Refugee Olympic Team at the Tokyo 2020 Games, is a restless presence on screen as our Zoom call starts.

The 23-year-old marathon runner from Eritrea, now based in Israel, seems barely able to remain in his chair, his eyes flashing, his teeth dazzling in harmony with his bright white wireless earbuds and polo shirt. Excited.

“Congratulations, Tachlowini. When did you get the good news?”

“Congratulations. And what are you hopes for Tokyo now?”

“Wow, wow, wow …Tokyo!” he replies. “I am working very, very hard and I have expectation for myself to be a lot better than I am now.

“Now my target is to be in my best shape in Tokyo. I don’t know if it will be possible but I would like to go to altitude to train before the Olympics and to do the best I can, not just to be in Tokyo but to do a really good competition – to make history for refugees by making a very good competition in the marathon.”

On 14 March, Gabriyesos became the first refugee athlete to break an Olympic qualifying mark as he comfortably surpassed the time of 2:11:30 by running 2:10:55 at the Hahula Galilee Marathon in only his second race at the distance.

Asked if he was therefore confident about being named for Tokyo, he responds, vehemently, in the negative. Which, given the difficulties he has faced in realising a strong childhood ambition to become a runner, is hardly surprising.

“Of course, I was really scared in the last few weeks,” he says. “Also, they told us it’s not just the results, it’s where you come from and what is your story and which continent you are living in and which is your country of origin. I have been sweating all day until I heard it was official!” 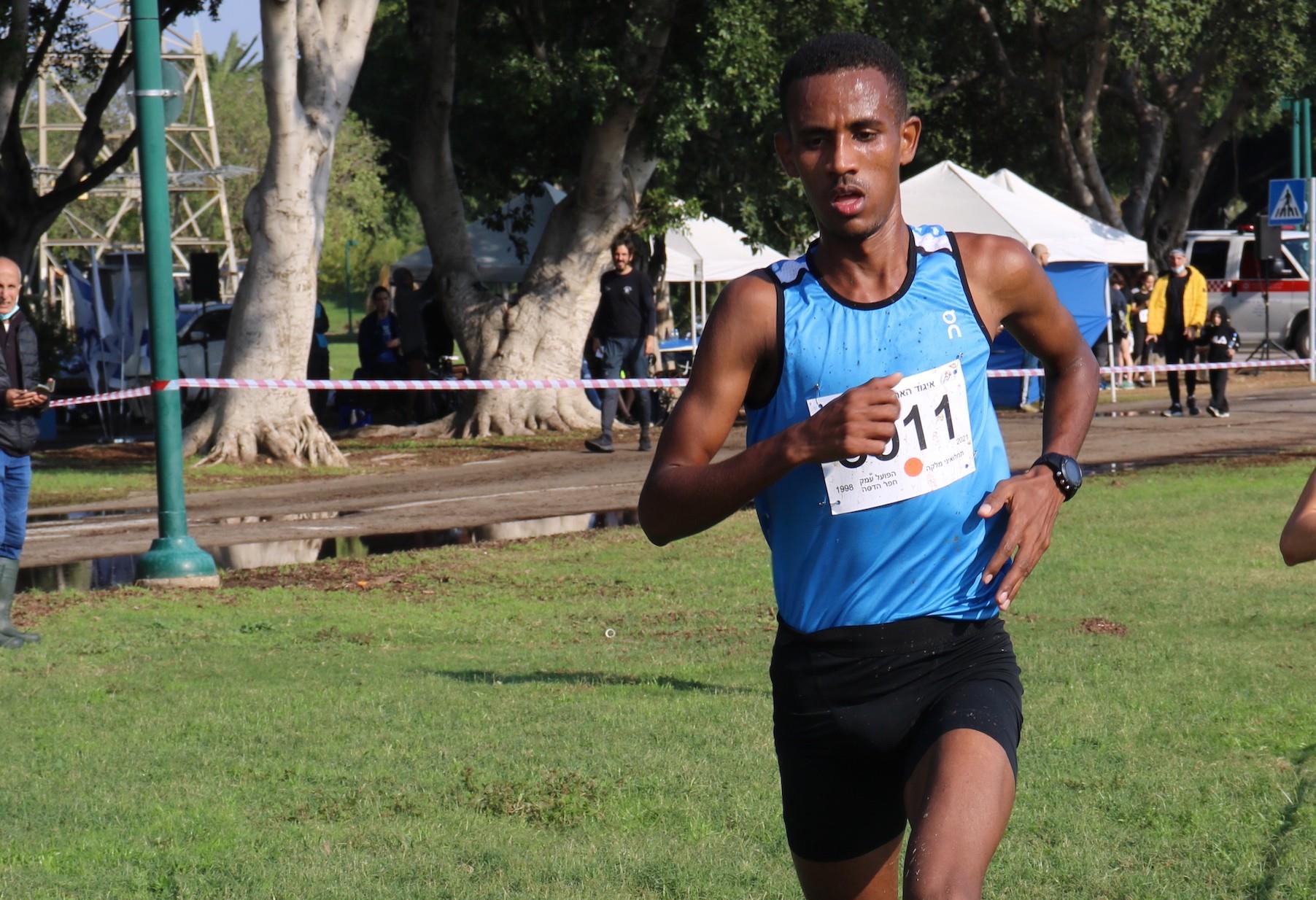 While he has been established in Israel since he was 12, after fleeing his war-torn native land and journeying through Ethiopia, Sudan and Egypt before crossing the Sinai desert on foot, his experience of competing internationally has been vexed by visa difficulties.

While he was able to compete for the World Athletics Athlete Refugee Team (ART) over 5000m at the 2019 World Athletics Championships in Doha, his performance there was undermined by travel difficulties because of his visa, and he was delayed for 27 hours at an airport in Turkey.

He was due to compete at the World Athletics Half Marathon Championships in Gdynia, Poland, last October, but was unable to obtain a visa.

“Yes, it is related,” he says. “Before Gdynia I was in the best shape of my life, I was so ready to do the half marathon, but at the last minute I heard that I would not be going because of visas so it was really hard for me for a couple of weeks.

“But I think what will be will be in the end – that is my belief. So I worked hard for my Olympic goal.”

Two months after his disappointment over Gdynia he improved his half marathon best to 1:02:21 as a prelude to his marathon breakthrough

But then Gabriyesos had already demonstrated a capacity to deal with far greater challenges than visa wrangles. As a 12-year-old, he and a 13-year-old friend escaped from escalating violence in his region.

“I decided to leave, not because I was courageous like a big man, but because I saw what was happening in Eritrea,” he says as he relives that traumatic experience. “Soldiers are coming inside houses and searching for people.  I wasn’t a teenager, I was a boy, and I saw I had no future in Eritrea. I was frightened. I just left my country because it was too terrible.

“I left with one friend who was a little bit older than me. We didn’t think much, we just talked, and a lot of people at the time were leaving Eritrea, and we were just thinking together that we wanted to go to another place, where we could live like human beings and have opportunity.

“We didn’t think so much about what would happen and where we were headed. We just left – we were just kids, and we were so frightened.  We didn’t understand what was happening, we didn’t have a map, we just wanted to get to Ethiopia.

“We were walking for two or three days in the savanna, we would go for a few hours and then rest. When it was dark, before we went to sleep my friend told me what his father had said to him and he took off his shoes and pointed them in the direction we needed to go.

“When we woke up the shoes showed the direction in which we needed to go. This is what we did. We were so exhausted at the end we couldn’t move our legs. It was too much.”

Asked about what they ate, he laughs. “We just had a little food and water but we didn’t want to take too much as we knew we would have to walk for a long time.”

The pair arrived in Ethiopia with many others who had fled from Eritrea. Eventually Gabriyesos was able to make contact with an aunt who had previously left her native country and travelled to Israel.

“She said she knew I would not be able to go back to Eritrea after I left so maybe I could try to come over and join her,” he says. “But first I had to get to Sudan.

“I thought Sudan was a near neighbourhood. I said: ‘Okay, in a few hours I will be there.’ I was a boy – I didn’t know anything! Of course, it was really tough to get there, but when I arrived I called my aunt again.” 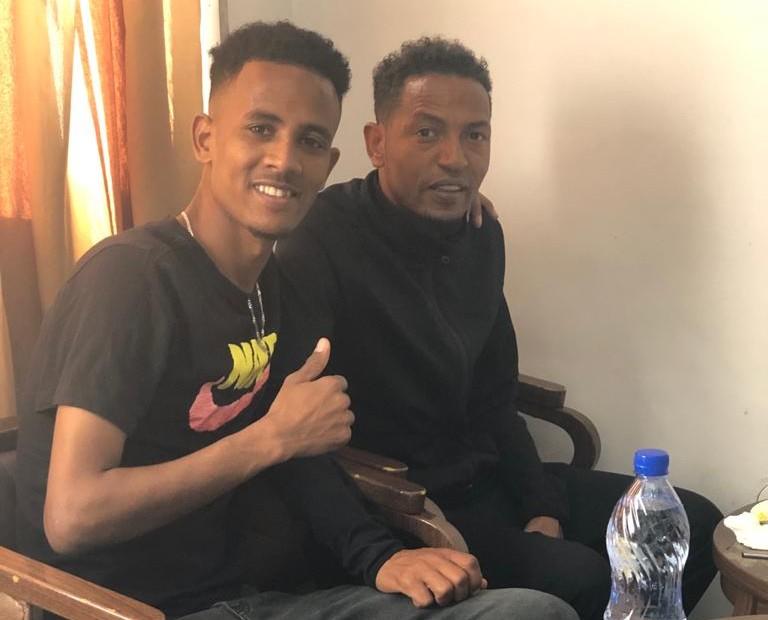 Gabriyesos’ aunt had been ferried across to Israel by Bedouin traffickers and she paid again for her nephew to be taken on the same route, which involved him being handed over to a second group before crossing the Sinai Desert to reach the Israeli border.

“There were many people, 20, 30, in a small truck,” he recalls. “It was the same for all of us – our relatives already in Israel had paid the traffickers to bring us.”

The Israeli authorities, who classify refugees as asylum seekers, directed Gabriyesos, as an unaccompanied minor, to a boarding school 40 kilometres north of Tel Aviv which also had a running programme.

That fitted in nicely with the ambitions the young Eritrean had nurtured since he was a few years old when he idolised his illustrious compatriot Zersenay Tadese, winner of six world half marathon titles between 2006 and 2012, as well as the 2007 world cross country title, 10,000m bronze at the 2004 Athens Olympics and 10,000m silver at the 2009 Berlin World Championships.

“When I was just a little boy I had a notebook with Tadese’s picture on it,” he recalls. “I just knew this was the best athlete in Eritrea and I wanted to be like him. He was a big influence on me to become a runner.

“Last year when I was training in Ethiopia I fulfilled my dream and I met Zersenay Tadese. He is a really modest person and so nice to everyone, and this is why he is even more of an idol to me now because he is not just a good runner but a special man.

“When they asked me at the boarding school: ‘You love to run?’ I said: “Yes, I want to be Zersenay Tadese!”

While Gabriyesos began his studies and learned Hebrew – in which he conducts most of this interview via an interpreter – he was guided in his sporting activities by an Ethiopian-Israeli coach, Alemayu Faloro.

“My aunt lives in Tel Aviv and I see her every month or so. And for some years I have an adopted family. I go into their house, their kids are like my little brothers.” 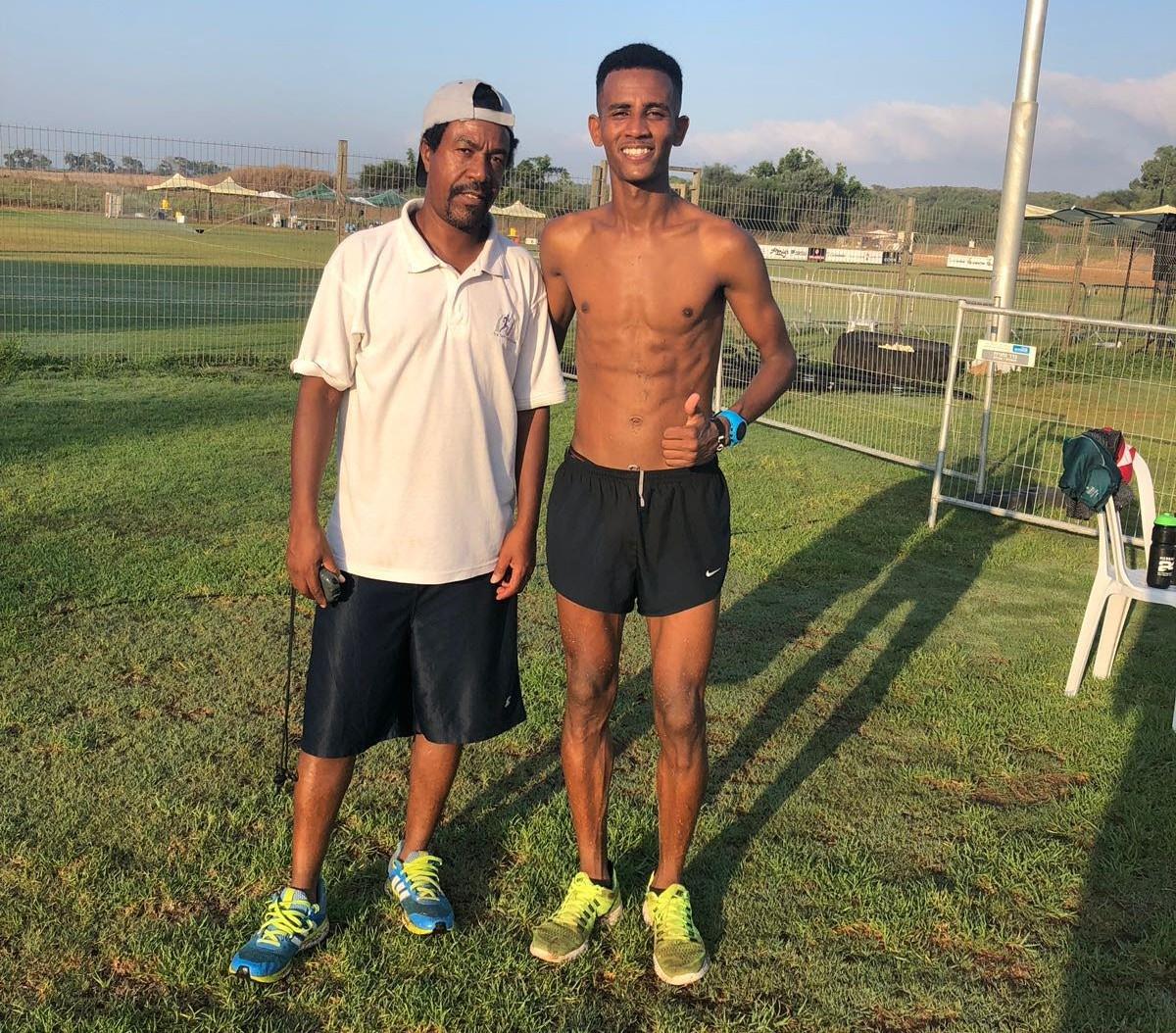 While he is now through with his schooling he has been allowed to remain there while pursuing a full-time career as an athlete, running with the Tel Aviv-based Emek Hefer and supported by an International Olympic Committee Refugee Athlete Scholarship.

The weekend before last Gabriyesos competed as part of the Athlete Refugee Team in the European 10,000m Cup in Birmingham – another first for the ART project – with his marathon time getting him into the A race. But, still very much in his endurance training, he went off a bit quick but finished doggedly in 30:29.91.

But being in the same race as Britain’s multiple world and Olympic champion Mo Farah – currently less certain of a Tokyo 2020 appearance than he is – made a big impression on the young Eritrean.

“I was really excited,” he recalls. “It was crazy for me to be in the same race as Mo Farah, it was a great honour. He is one of the best of all time.

“Israel is a beautiful country – when I was in Birmingham I just wanted to come back to my home because I missed it! It is difficult when you want to travel, you need all these visas, but I am looking on the bright side that I am very happy here.”

While Gabriyesos knows where his family are in Eritrea, communicating with them is very difficult as there is no WiFi or phone connection in their village.

“I manage to speak to them once every four or five months,” he says. “They are a very big family and their village has no connection.

“I wish I could just call them now – they would be so proud of me, so happy. But I can’t do it.

“The Olympics is my biggest dream. Today is such a special day and I am so excited. Now my goal is just to be the best I can for Tokyo. What is important for me is that I am representing this unique, unusual Olympic Refugee Team. It is a big honour. I feel like I am representing 80 or 100 million people all over the world, that can watch me and can say it is possible and we can do it as well.

“I want to be an idol for refugee kids that can see it is possible to achieve your dreams even if you are a refugee boy. All over the world.”