Abraham – from refugee to Olympic rings

It would be understandable for anyone to be fazed by the presence of an athlete like the ground-breaking Eliud Kipchoge in their event. But for Swiss marathon record-holder Tadesse Abraham, competing against the world record-holder and Olympic gold medal-winning Kenyan icon is a modest challenge compared to what he faced as a young refugee.

On World Refugee Day (20), Abraham is a beacon for millions of refugees, having rebuilt his life in an unfamiliar land and eventually represented his new homeland with distinction on the biggest stage of all, the Olympic Games. In Abraham’s case, it meant the talented runner making his way to Switzerland after competing for Eritrea at the 2004 World Cross Country Championships in Brussels, Belgium.

He arrived in a country where he knew little of the culture, spoke none of the native Swiss-German language and knew no-one. Not only was it an alien environment in which he had to integrate, but it meant the likely sacrifice of a promising championship athletics career.

“It was very strange. It was a challenge for me,” he says, looking back on his arrival. “Comparing with some of the others (refugees), it was easier because I could talk English. But in Switzerland, they don’t reply to you in English. They believe you should try their language and try to integrate, which I see now is very important.

“It was quite difficult for me. You arrive as a twenty-something, you want to do everything, you are young, you are alone, you have no possibilities, so as a refugee it was really tough. The language, the culture, the food - everything is different. But the mountains - we have the same in Eritrea.” 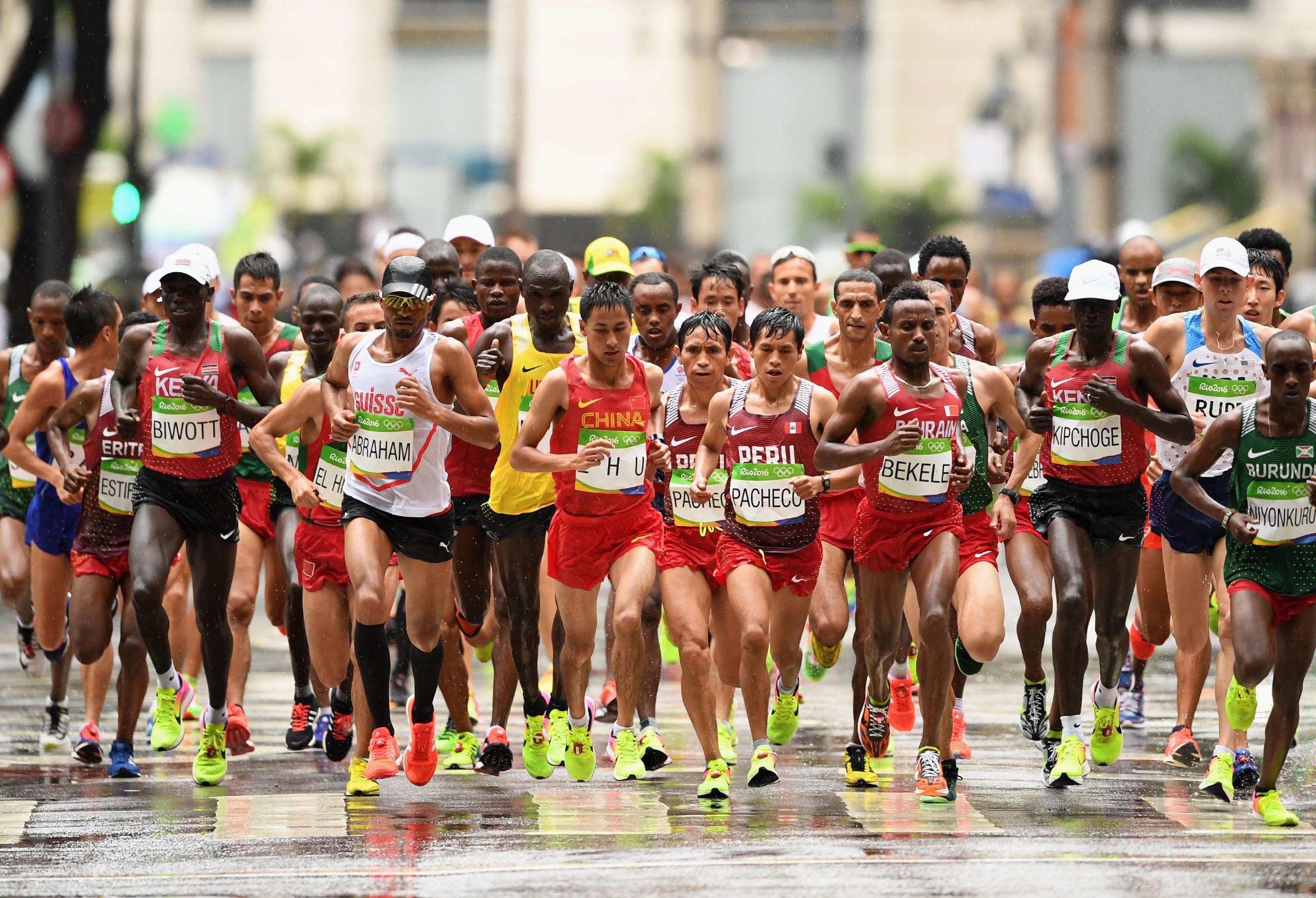 It also meant putting his running career on pause as he was stationed in the refugee camp.

“When you come to Switzerland as a refugee you have to know the place where you are. You can’t run where you don’t know the place. I was in the camp and I was not allowed out, and for three or four months, I didn’t run," he says.

Despite that, he was an immediate success on his return to competition later that year, winning his first race in his adopted home – the half marathon at the 2004 Winterthur Marathon – in 1:07:34.

For the next few years, he could only race domestically. Then in 2007, after he was given a permit to stay and a travel document, he ventured into the international road racing scene, competing in races in Bologna, Bogota and Gongju. In 2009, there was also an eye-catching 1:01:25 in a high-quality Berlin Half Marathon. He also began to make his mark in the marathon, winning in Zurich in 2:10:09 in 2009 and following it up with a solid seventh-place finish at the 2010 Berlin Marathon in 2:09:24.

His career was given further impetus when he was awarded Swiss citizenship in 2014 and it meant his return to championship racing after a 10-year gap. Competing in front of home crowds at the European Championships in Zurich, he placed ninth in the men’s marathon in 2:15:05.

But the best was yet to come. Two years on, in Olympic year, he broke the Swiss national record for the marathon, with 2:06:40 placing him fourth at the Seoul Marathon. He went on to win the European half marathon title in Amsterdam in 1:02:03, capped with team gold for Switzerland. Then at the Rio Olympics, he was a highly respectable seventh in the marathon in 2:11:42. The winner that day was of course Kipchoge and the Kenyan remains an inspiration for Abraham as he looks towards the Tokyo Games this summer.

“I’m feeling motivated. Kipchoge is not young and me too - I am not young,” he says. “The age is, he assured me – and I believe too – just a number when you prepare very well and concentrate. No human is limited. We don’t have a limit and when you are concentrated, it is true.

"He achieved everything, so why not? We do the same. Kipchoge is a big example for us, a very disciplined athlete. I would love to be like him. It gives me more motivation to prepare and to train every day. In the morning I wake up and think about Kipchoge and train much like him.”

Despite the restrictions from the pandemic, Abraham is naturally optimistic over Tokyo and has prepared diligently at altitude in his home country.

“It’s quite a crazy time now because of the pandemic," he says. "It’s part of life what has happened. My preparation is very good, I am on my way, I am excited, it will be my second Olympics. It makes sense to prepare in Switzerland. We have St Moritz in Switzerland at 18,000ft. I have been there and there are a lot of athletes from Africa, a lot of Kenyans who use it too. It is a very nice location for training. I train every year there.” 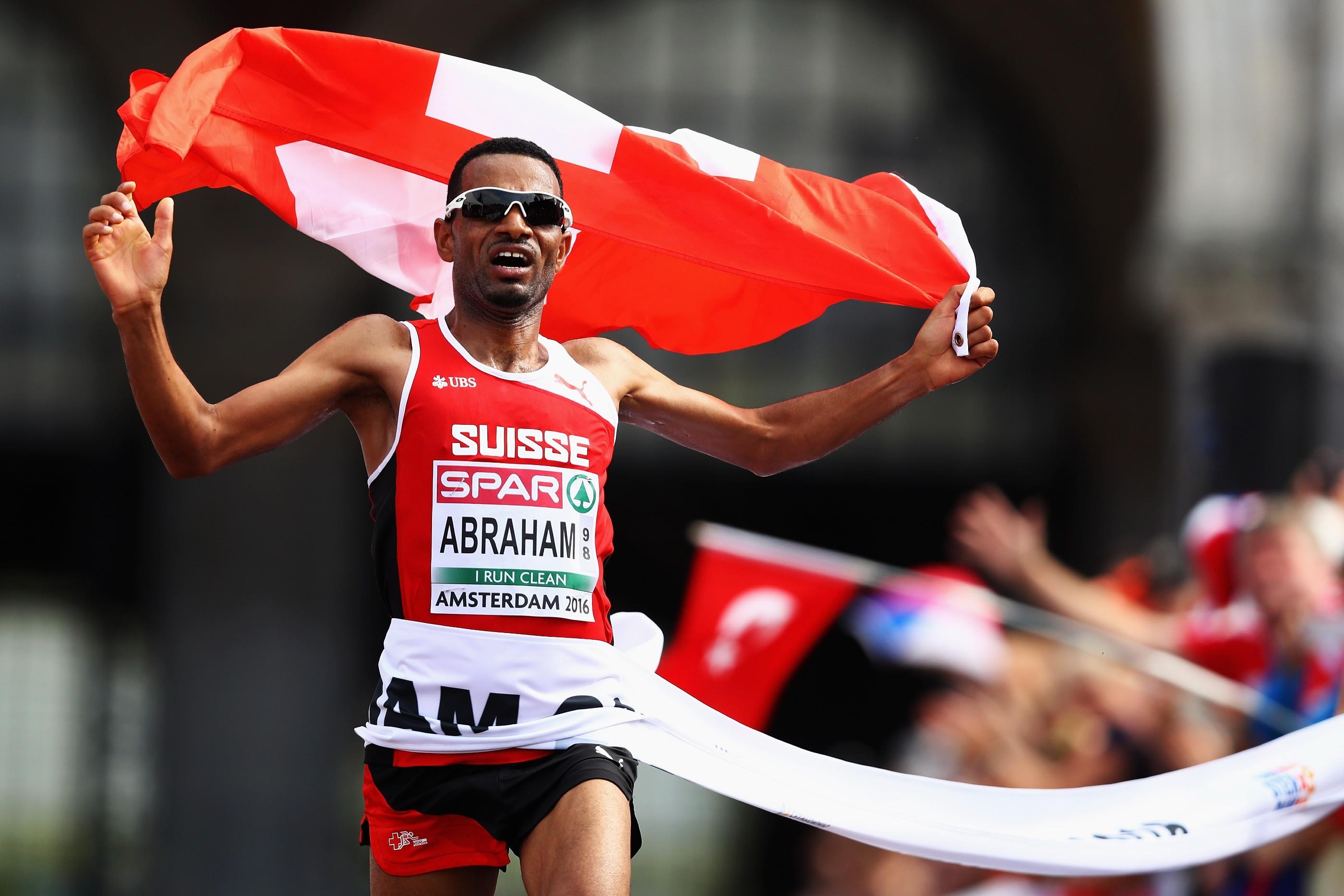 But whilst he looks towards the giddy heights of an Olympic Games, Abraham is an athlete who remains grounded and mindful of his refugee roots. He is closely involved as an ambassador with the Human Safety Net, a charity that supports vulnerable people including refugees. This consists of supporting the refugee running team.

“I participate on the coaching party," he explains. "They have their own coach, but as long as I have time, I share my ideas with them and sometimes I coach them running.” During the pandemic, this has also extended to delivering coaching courses via video conferences too.

And, just as he was lent a hand as a refugee, he extends the same hand to other refugees.

“I help them to be more like me or better than me in the direction of integration. To help the refugee means there is humanity,” says the runner whose passion for his sport is matched by his compassion for his fellow man.

Abraham is also currently serving as an ambassador for the inaugural World Athletics Run Smarter City Challenge, a friendly competition between the running communities in the Swiss cities of Geneva and Lausanne to raise awareness about the importance or air quality on running and exercise.

"Having had the chance as a runner to train and compete in different parts of this world, I have learned to appreciate the importance of clean air,” he says. “Living now in Switzerland, I also know how lucky I am to have such good air quality here. In other parts of the world where I trained or raced, I sometimes encountered heavy air pollution which was harming my health. This is not only a concern for runners, but for all the people facing bad air. I would like to take action and lead by example."